During the first few months of the COVID-19 pandemic, American workers were seemingly thrust into an entirely new way of life.

Millions of people were laid off or furloughed, while others were told to work from home, drastically changing their daily lives. Months later, as the economy began to recover from the initial strains of the pandemic, the door slowly opened for employees to explore the open market and find new jobs.

The pandemic taught us several lessons about work and the economy. The most important being that a lot of work can be done from the comfort of your home, rather than in the confines of the office. For some people, the thought of advancing their careers from home was enough to inspire a new job search.

For those who were furloughed or laid off, the time away from work provided an opportunity to learn new skills and find better-paying opportunities.

The Great Resignation, aptly named because of the number of people changing jobs during the pandemic, might not slow down in 2022. Leaving a job can induce a lot of stress, especially if you’re planning to move, prepare for a new career, or start a business.

Unfortunately, our retirement plans can get lost in the shuffle as we shift focus to more immediate issues. Keep an eye on your finances and retirement accounts to avoid some of the most common mishaps that can hamper your investments.

What is the Great Resignation?

The Great Resignation is an ongoing phenomenon we’re seeing related to the millions of people who have changed careers since the beginning of 2021. According to the U.S. Bureau of Labor Statistics, an estimated 4.34 million people in the U.S. left their jobs in December 2021, and more than 33 million employees have quit since the spring of 2021.

While some experts call the mass exodus the Great Resignation based on the number of people leaving their jobs, others have billed it as the Great Renegotiation due to employees advocating for work-life balance, higher wages, and better benefits. What is more clear is the role the pandemic played for those who find themselves moving into new positions and exploring new opportunities.

As the pandemic stretched on well past a few weeks and into months, years even, the reality of work became strikingly clear. In many cases, what used to be office work could now be done from anywhere on Earth with a reliable internet connection. Positions with companies across the U.S. and around the globe opened up, allowing more Americans to pursue their passions, expand into new industries, and establish a better work-life balance.

According to Adobe (yes, the same company that makes Photoshop), those most likely to make a career change are employees who have spent the least amount of time working. Gen Z and Millennials are leading the charge, using their experience growing up with new and advancing technology to help them easily make the transition from an in-person working environment to a largely, if not entirely, virtual setting.

These young professionals often have extensive experience with technology and are taking their talents to companies that are willing to give them good wages, allow them to work from anywhere, and give them more power to control their workdays.

Will Changing Jobs Hurt My Investments?

It’s pretty easy to become overwhelmed when switching jobs. Still, it doesn’t need to become an issue that could slow down your retirement plans.

When considering leaving a position, think about what might happen to any 401(k) plans you have with your current employer. Depending on how much money you have in your account, you will likely have several options available to you, including:

Cashing out your 401(k) can quickly get money into your hands, but you’ll have to pay an early withdrawal penalty and forfeit the opportunity to continue growing your net worth. On the other hand, the money you receive from your 401(k) could cover emergency expenses between jobs.

Direct Rollover to Your New Employer

This option requires a little legwork on your end and may feel like a headache when you’re trying to make a smooth transition between jobs. Through a direct rollover, your previous employer automatically transfers your funds from one 401(k) administrator to another. In this case, you may not miss out on any future growth and can keep building on the investments you’ve already made.

Rollover 401(k) Funds into a Traditional or Roth IRA

Similar to rolling over funds to another 401(k), moving them into a Roth IRA can be a direct rollover and may give you flexibility as far as investment options go. The downside to this is that depending on what type of IRA you select, you’ll either need to pay taxes when you deposit or withdraw funds.

If your new employer doesn’t offer a 401(k) or your current plan is performing well, it might be best to not fix what isn’t broken. Keep in mind that this option may not be available if the amount in your 401(k) is less than $5,000.

In those cases, keeping your investment with your old employer could result in your account getting bounced around from one administrator to the next. If that happens, you may need to do some additional research to find out where your account is and who will be managing and servicing it.

At the end of the day, each option has its own pros and cons, so do your research before jumping to conclusions and making decisions.

Changing jobs can be stressful, but it doesn’t have to be. Take a moment to plan ahead.

Once the new job has been secured, look over your budget and finances to determine if you are earning more or less than you were before. Consider everything associated with the job offer, including your base pay, benefits, incentives, bonuses, and other considerations.

If you’re earning more money, consider setting some money aside to invest and take advantage of long-term economic growth, especially in the stock markets. However, it’s also important to establish a well-funded emergency fund and to only invest money that you can afford to lose, just in case there is another financial crisis or economic downturn.

In the case that your new job pays less, consider cutting back on unnecessary purchases (think dinners out, subscription services, memberships you don’t often use, etc.) until you settle into your new financial situation. It might seem difficult at first, but adjusting your living expenses to match your new salary will prevent you from racking up debt by overspending.

Think about whether you’ll need gap insurance to cover you in between jobs and until your new health insurance kicks in. There are plenty of options for health insurance, but two of the most common are COBRA (Consolidated Omnibus Budget Reconciliation Act) and the ACA (Affordable Care Act). COBRA is a continuation of the health insurance you had at your previous employer; the ACA presents several options based on the amount of coverage you want or need.

#protip: Health insurance may be pricey if you’re paying for it on your own, but its benefit outweighs the cost if you become sick or hurt yourself. The out-of-pocket costs for an unexpected injury are much higher than what you would pay if you had insurance available.

The average American household has about $92,000 in debt, and can’t cover an unexpected $500 expense?
Read more.

In a world where everything from home prices and interest rates to used cars and grocery prices is rising, having extra money in your pocket can go a long way.

As the Great Resignation continues, more Americans will take the leap for jobs that spark their creativity, give them a sense of usefulness, and help them pay the bills. Although changing careers can be difficult and sometimes scary, keeping a keen eye on your finances can go a long way toward growing your net worth and creating a brighter financial future.

Beanstox does not provide tax advice. You should seek the advice of a third-party qualified tax advisor in connection with your investments to discuss tax-related concerns. 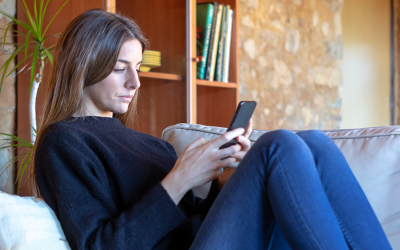 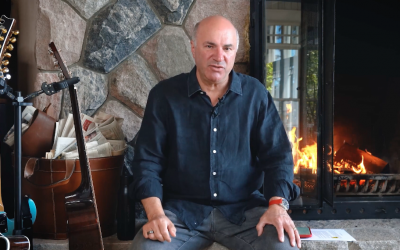 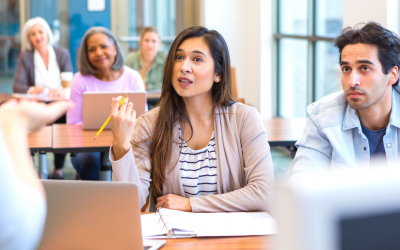 The Difference Between Speculating and Investing

There is nothing wrong with wanting to make as much money as possible from your investments, but you need to balance...